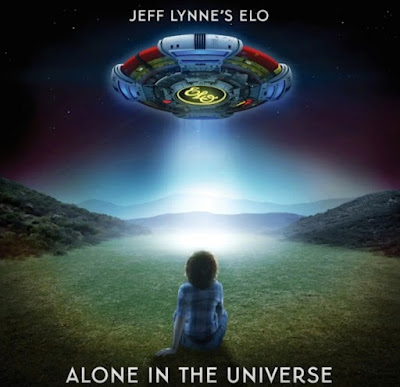 This will be more anecdote than review, but I will comment on the album, not that it requires much said if you already know ELO because that Jeff Lynne Beatles-esque perfection is exactly what you get, thankfully - and finally, after all these years.

I have hated ELO with a passion ever since about 1978/79. I'd moved to Oxford in 1978 where I was studying, into a ground floor flat. Initially, the person living in the flat above was an American studying there also and he was, well, studious and quiet and even genteel.

When he left, an alcoholic asshole moved in to that flat. He was a 'business' guru or something like this, according to his bloated opinion of himself and acumen, not that I was perhaps that aware of his complete assholeness at the very beginning, but I know now and nothing will change my memory and view of the twat.

You might have already worked out the connection between Mr Asshole and my hatred of ELO, and yes it is the fact that he played ELO all the time, loudly, but especially late at night when he returned home drunk and repulsive. I won't actually write much more as I am getting quite angry just recalling, but imagine the banging on the ceiling, which was ignored, the phonecall to the police on one occasion, which was ignored, and the time I had to march into his flat and pull the plug on his record player, which was later....well, you will know.

But it ruined ELO for me. I was never a great fan, but what isn't to like if you like harmony and classic Beatles-esque orchestrated pop with all its bridges and hooks and choruses? I didn't, in that horrific context. A context that has pretty much extended to an instinctive life-long embargo on any ELO music made up to that time and even subsequently.

I managed to convince myself that time in this case - over 37 years - is a healer, and I have accepted this album for all of the pleasant expectations I had of it and which have been fulfilled, without any echo of that horrible past. I also watched the reasonably recent documentary on Jeff Lynne where it was immediately obvious what a nice guy he is and it seems only fair to replace my memory of the repugnant asshole neighbour from above with Jeff Lynne and this new ELO album which is probably like all the others [not that I can, or will, recall] and is now a pleasing and peaceful listen. Even relaxing.

Although there was a moment in the fourth paragraph..... 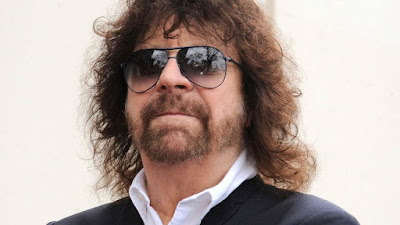 Email ThisBlogThis!Share to TwitterShare to FacebookShare to Pinterest
Labels: album review, ELO - Alone In The Universe