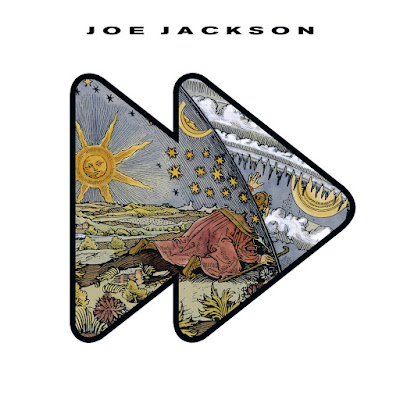 I have a few Joe Jackson vinyl albums but haven't really listened, and probably know and like him best for the obvious, his great song Is She Really Going Out with Him?

So it hadn't occurred to me how good his latest album Fast Forward would be. It is a collection of songs recorded in four different cities with various bands though in most respects this doesn't impact hugely on the sustained pop crafting of all, a pop crafting that is very often sweetly superb. Opener, the title track, is a beautiful song, many descending lines and some of the Billy Joel about it, Jackson's piano playing to the fore, and a violin accompaniment by Regina Carter. Jackson's vocal is remarkably youthful in tone, and there are moments of fine falsetto.

Other songs are less obviously melodic in this beautiful sense: next If It Wasn't For You is an uptempo, piano pounded number with dancing bass lines by Graham Maby, and third See No Evil [a Television song, which I didn't know] is a thumping whirl with vocal harmonies and Bill Frisell adding some squeal and other sonic sounds from his short guitar burst.

King of the City, the last of the four New York songs, returns to a more balladic pace, piano and voice simple in its performance, a chorus that raises the volume and tempo for effect. Again, successful pop construction. The first Amsterdam song, A Little Smile, seems more signature Jackson, with piano and vocal lines merged across the rise and fall of straightforward melody, leading to a tenser chorus. Far Away begins with the 'genuine' youthful voice of 14 year old Mitchell Sink [a Broadway 'star', and I had to read about this] and there is a chamber pop element to this which is uncertain in its effect, but I do like when Jackson enters the song, so to speak, and his vocal - accompanied by light layers of violins - is quite affecting, though the whole does have an, understandably, stagy feel. Poor Thing, the final Amsterdam song, has horns bolstering, and Jackson's singing is sweeping across a lively range - the lyrics a tad naive if earnest in their rumination on the state of the world.

The first Berlin song, Junkie Diva, is a mix between Steely Dan and that signature Jackson sound, the former in the chorus, quite noticeably, but if it is directly or even indirectly aimed at Amy Winehouse it is a questionable summation of her art and life,

The Blue Time, which is the eleventh track, is one of the more beautiful, Jackson rising to his falsetto and then falling again to the slow soothing melody, piano chords struck to a few sudden beats, and some laid-back jazz trumpet.

The final four songs are recorded in New Orleans, with some of band Galactic in support. There isn't a noticeable Orleans feel, but there is a funkier element overall, especially in Satellite, with horns helping. Keep on Dreaming bursts forth with more over-earnest lyrics - god must think he's god or something, lording it over us; seems to lie to make us feel ridiculous - and the or something lets the profundity deflate somewhat, and more funked up rhythms with a jazzy end. The album closes on a relative percussion-fest with Ode to Joy. 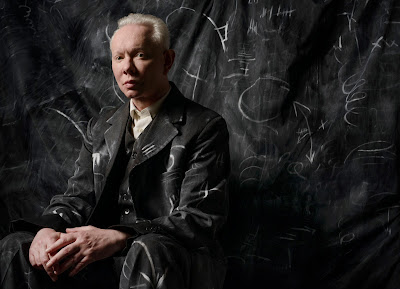