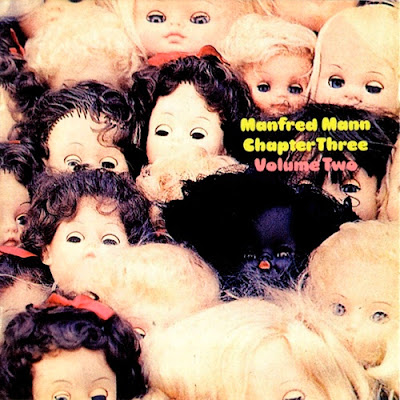 Second of Two from the Three and like the First

The second of the two Manfred Mann Chapter Three albums [I know the Volume Two gives it away, the point being there were only two main albums, with subsequent editions/variations appearing over time] is more of the same from the first, so going to my review of that favourite here is more than just a cheat and does embrace the overall sound.

Opener on this one Lady Ace by Mike Hugg sounds quite a bit like Travelling Lady from that first so the melody has had a long extension [read about its origins in the initial review] but this does break into the explosive horn and saxophone jamboree that I do so like from this period of Mann’s output: freeform sax solo a la Ornette Coleman and horns that could be from either the Buddy Rich Big Band or Blood, Sweat and Tears.

Hugg’s pop sensibilities are more to the fore in the next I Ain’t Laughing which is really quite sweet and folksy, more down the Incredible String Band route, whilst third Poor Sad Sue is still pop but with a blues rhythm and fuzz, semi-oriental saxophone in the background with more screaming sax as the track progresses, and the song merges into piano jazz before more wild and wonderful freeform shenanigans. It really becomes very playful. African drums underpin some fine bass playing by Steve York on Jump Before You Think, and there is a 15 minute upbeat-pop-into-jazz extravaganza with penultimate [on the original album] track Happy Being Me, some excellent Mann piano playing before the beautiful alto saxophone of Bernie Living – and then the long jam. 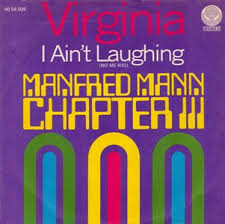 The closing song Virginia – again on the original vinyl – exemplifies the focus on this second outing: a pop melodic core, sung with Hugg’s feather-light rasp of a voice, and then sudden hearty stabs of horn and saxophone and some mad Mann organ. Love it. 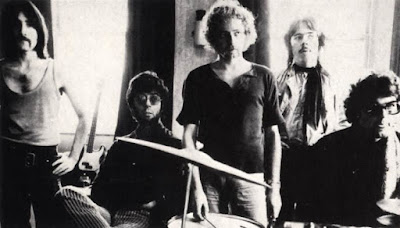