The Cubical - It Ain't Human 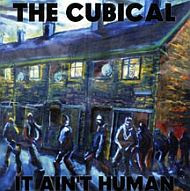 Not Much Changed In Their Cubicle

I’m not going to be much different, but in referencing the growling vocal of Dan Wilson, I'll cite the lineage of Van Vliet [though some difference in avoiding the generic ‘Beefheart’] and Waits as necessarily the first touchstone, and it’s an appropriate shorthand. There’s obviously Howlin’ Wolf – though I think another reviewer has pilfered there too – and my single independent if still obvious invocation is the occasional warble of Roger Chapman. Ninth track Paper Walls is a brief metamorphosis as Nick Cave and is actually my favourite.

That’s the vocal largely out of the way, and in many respects this is the distinctive feature of band The Cubical, if you’ll excuse the paradox of this statement. The Liverpool group grind out their garage blues in predictable but rousing simplicity, and Wilson’s vocal grit, precursor baggage dragged over the long line of stones, is always to the fore, apart from track Worry where it is more barroom folk smoothed out by a shandy instead of gutrot. And it is live in a smouldering bar bathed in booze where this band is most likely best supped, the echoes and derivations drooling down your face as if afresh. 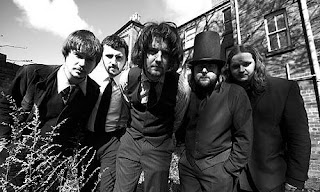 Email ThisBlogThis!Share to TwitterShare to FacebookShare to Pinterest
Labels: It Ain't Human, The Cubical