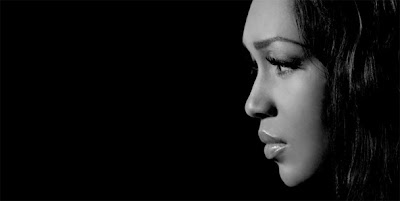 I’ve now given this album a proper roadtest – well, a treadmill test outside in the freezing shed where I worked-out and listened, and Rebecca Ferguson thoroughly entertained me to a genuine head of steam, a good enough musical gauge for today, especially as it’s bourbon night and I normally prefer a more lethargic preparation in honour of what’s to come so effortlessly.

Two of my previous Surprise Songs instincts on her have held up to today’s fuller scrutiny: it is a ‘fine’ album throughout – not outstanding, but definitely more than average; and track Shoulder To Shoulder is the standout on the album: just listen to that beautifully held note on the word free. This is an emotive and convincingly sung track, a genuine heartache lived and revisited in the lyric. Opener Nothing’s Real But Love is a bold starter with its simple acoustic guitar beginning, and the soulful vocal is firmly in control - a hardship also lived and revisited in this lyric. The song builds with just enough backing vocal and organ accompaniment adding a gospel feel, but not overdone.

There are derivative sounds as well but never more than reflections of genre rather than other artists and/or others’ songs. I like track six Fighting Suspicions which begins as a slow brooding ballad - piano and brass in dirge control - and for a brief moment I imagine Tom Waits dueting his growl to Ferguson’s soulsilk croon, but the track quickly funks up and is just as cool for this. Seventh Teach Me How To Be Loved is essentially piano, cello and voice, and quite simply, Ferguson can sing distinctively in such unobtrusive company.

Since posting a positive reference to this album as my second Surprise Songs I’ve had two comments, both expressing shock! The first, on this blog, is from someone who also likes the album which is great; the second, sent by email, is from a friend who refuses to even listen to the album [and he’s entitled with his impeccable musical tastes and our occasional if strong musical differences which merely demonstrate the brilliant variation of opinion]. I mention because about this time last year I also referenced, positively, another X-Factor singer, Cher Lloyd and observed that I thought she too has a genuinely solid voice/vocal. Her album Sticks and Stones hasn’t lived up to my expectations because it is more controlled and influenced by production values and interferences – these beyond her control and, perhaps, mature oversight – but I still believe she has talent and potential and I look forward to that being realised in the future, for this listener at least. I also mention because I’m pleased to engender any interest and comment, but readers shouldn’t be shocked by my eclectic tastes – if it’s good it’s good.
Posted by Some Awe at 20:02